Students, teachers, parents — welcome! Thank you for your interest in following up on the Expanding Your Horizon’s workshop! Here’s a summary of what we talked about today, along with many links to videos and sites where you can learn more about gene editing.

For the 2017 Expanding Your Horizons event in Edmonds, WA, the University of Washington’s Women in Genome Sciences group created a workshop around the topic of gene (genome) editing (find the lesson plan here, and the presentation here). Our goals for this workshop were to communicate the key terms and concepts of gene editing, and apply a scientific thought process to some familiar and not-so-familiar problems. Read more about our day below.

WHAT IS GENE EDITING? You can think of a genome like a recipe. A genome contains all
the instructions for making a living creature. Every living thing has a genome, from strawberries and trees to puppies and chimpanzees. In our department at the University of Washington, we study everything about genomes. We compare genomes, we decode genomes, and we engineer genomes — with gene editing! 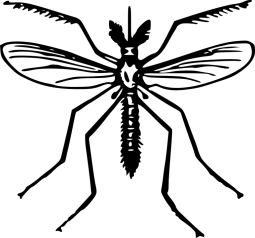 TO THE RESCUE! We played a strategy game with four big problems to tackle: vitamin A deficiency, coral reef bleaching, drought, and malaria. Together, we invented some gene editing strategies to tackle these serious issues. In fact, scientists are working on these solutions right now!

DARWIN’S FINCHES. The last thing we did was save an imaginary bird species from a catastrophic volcano eruption on their home island. A bird scientist (ornithologist) consulted us as genome scientists to help adapt the bird to their new island. To do this, we “edited” some of the bird’s genes: its beak/feet, its feathers, and its size. We came up with some great ideas! For a jungle bird, we made it smaller so it could hide in the leaves, gave it a beak/feet for eating fruit, and made it green with a yellow belly so it could camouflage from predators. For a city bird, we made it bigger so it wouldn’t blow away in the wind, gave it a beak/feet for eating insects like flies, and made it orange with a black belly so that it would stand out to potential mates.

This activity was inspired by the amazing finches of the Galapagos Islands. Here’s a video about how the birds adapted to their new island homes!